How long does it take to sterilize jars at home

The reserve of preservation in winter is very important - after all, it allows you to feast on vegetables and fruits in almost the same way as in summer and autumn. However, in order for the preservation to last the right time, it is important that the jars and lids are clean. It is important to know how much steam cans should be sterilized. Otherwise, they will not be able to stand the required time.

How long does it take to sterilize steam cans?

In order for banks with stocks to be preserved without loss, it is important that they are clean. It is also necessary that they are free of chips or cracks.

Before the procedure, you must carefully rinse the containers and lids. This can be done using baking soda, for example. Then you need to thoroughly rinse the dishes in clean water.

When sterilizing by boiling, the containers are placed in a large saucepan filled with water, which should reach the neck. When using this method, the lids are simultaneously processed.

You can also use the microwave to process the dishes. In this case, the containers are placed inside, pouring some water into them. It is enough for it to be 2 centimeters or a little more. If small containers are sterilized, they can be placed on the bottom. When you need to process a three-liter, it can be placed horizontally, not forgetting to add water inside. 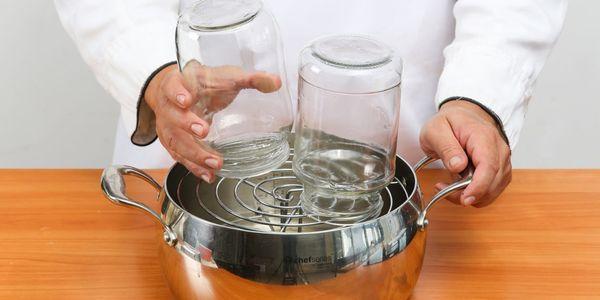 To carry out processing, it is enough to set the power equal to 900-1000 watts. During sterilization, the water should boil.

If you put glass items in the microwave without water for heating, they will burst.

You can sterilize in the oven. You will need to put the dishes on a baking sheet with the neck down. Spread nearby for sterilization of the lid. During the procedure, rubber inserts are removed in them. After switching on, the oven temperature should be 150 degrees. When everything is warmed up, the procedure will begin.

There are several ways to sterilize. If this is done with steam, then 10 minutes will be enough for dishes with a capacity of 0.5 liters. When boiling, the duration of the sterilization process will also be 10 minutes. 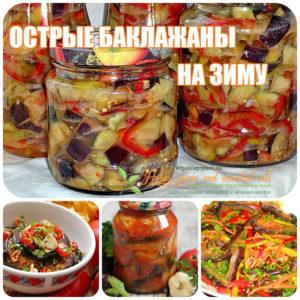 The procedure in the microwave will not take so long - it will take no more than 5 minutes.

After placing the dishes in the oven, they will need to be kept there for 10 minutes. 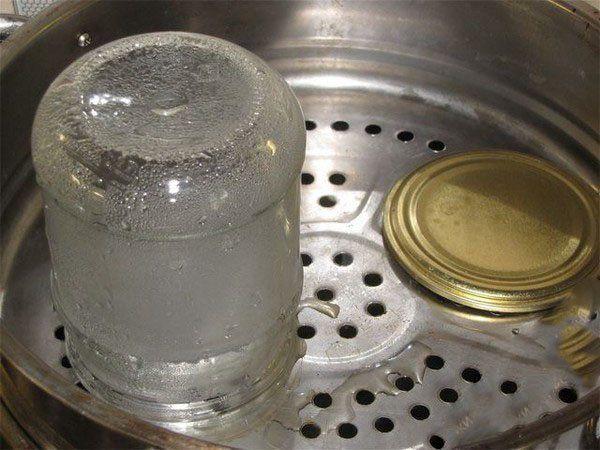 If sterilized by steam, then for a liter container it is enough for the processing time to be 15 minutes. When processing in boiling water, the time spent will be the same.When using a microwave oven, it is enough to keep the dishes for no more than 5 minutes. It takes 15 minutes to process in the oven.

The procedure takes 25-30 minutes with steam or boiling water. It is enough to hold a three-liter jar in the microwave for 7-10 minutes. 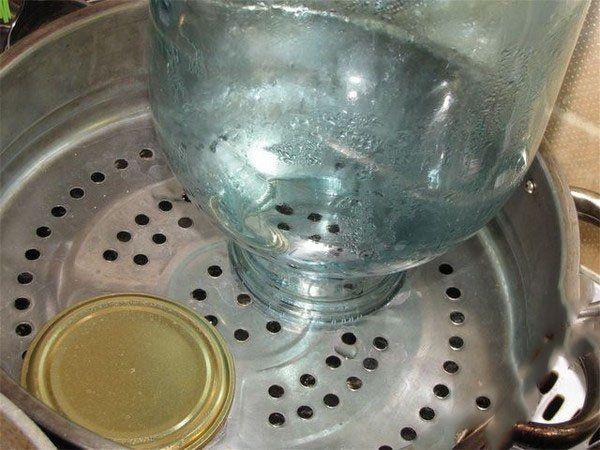 The required degree of heating is determined by which option was chosen for sterilization:

How many cans with blanks should be sterilized?

To sterilize the jars that contain the workpieces, you need a large pot. Before starting the procedure, you need to put a napkin on the bottom. 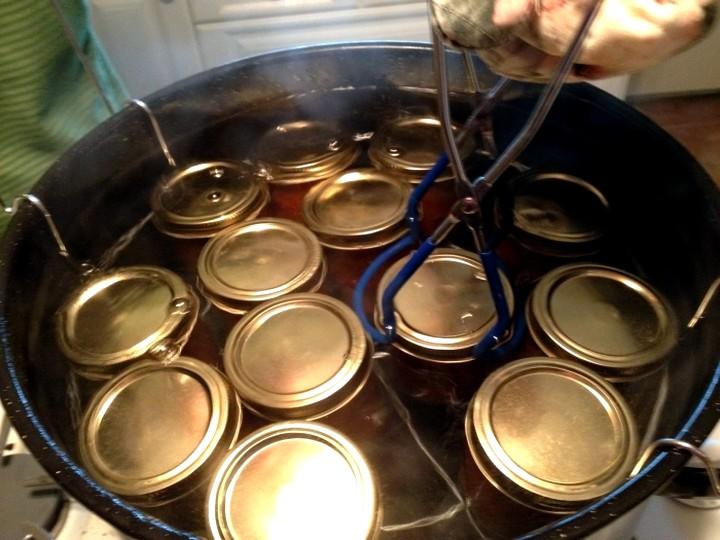 Sterilization is done as follows:

Next, light a fire under the pan and bring the water to a boil. The duration of this procedure should be the same as indicated in the recipe.

If there is no such information, then the processing time is determined based on the volume of the dishes: 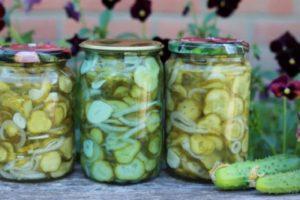 9 best recipes for canned cucumbers and onions for the winter

At the end of the procedure, you can see how a large number of large drops are formed, flowing down.

How to properly sterilize steam containers?

There are several ways to do this. Next, we will talk about the most famous of them. 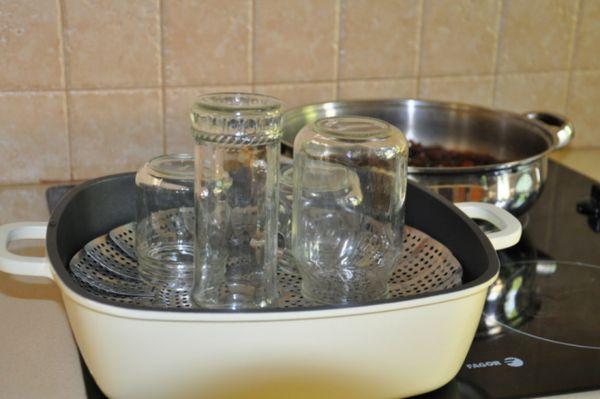 To carry out the sterilization procedure at home, you must do the following:

You can also use a special nozzle designed to cover the pan. It is purchased in a specialized store.

There is a way to do this using a kettle. First, it is filled with water and put on fire. When the kettle boils, the lid is removed and the container is placed with the neck down in its place.

It must be remembered that the dishes become hot during processing and there is a risk of scalding. Therefore, a prerequisite for this work is the use of potholders or oven mitts. 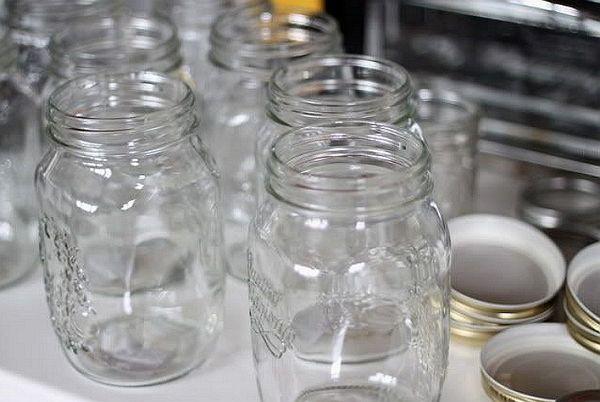 What to do to prevent jars from bursting during sterilization

The jar can burst from heating if it is cold. To prevent this from happening, it is recommended to warm it up before starting work so that it becomes warm. In this case, you can be sure that it will not burst.

Features of sterilization of cans in a double boiler

In order to sterilize the dishes, water is poured into a double boiler, and the containers are placed on the lid with the neck down. The processing time is the same minutes as with other steam sterilization methods.

Usually, the end time of processing is determined by eye: large drops are formed on the walls of the dishes, flowing down.

A simple recipe for making cloudberry jam for the winter
To read
There are no reviews, be the first to leave it
Leave your review
Click here to cancel reply.
0
170
0
0,00 out of 5
Lunar sowing calendar
For gardeners and gardeners for 2020
Look
Popular records 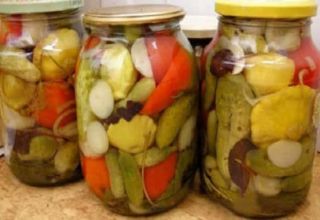 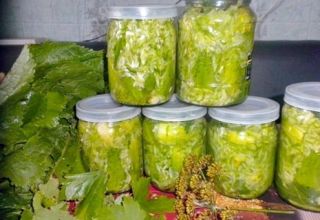 Cucumber recipes in their own juice for the winter without sterilization you will lick your fingers
Even with the most careful care, it is not always possible to avoid overgrowing cucumbers ...
1
1744
29 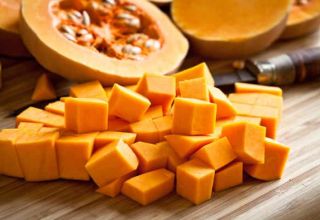 The best golden recipes for winter pumpkin preparations at home
An ordinary gardener knows absolutely about preparations for the winter from pumpkin ...
0
1558
28 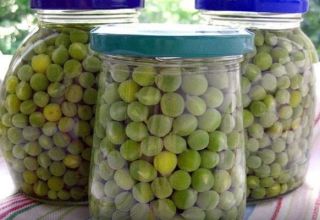 TOP 15 recipes for pickling green peas for the winter at home, with and without sterilization
Green peas are a traditional ingredient in salads, soups, appetizers or toppings ....
2
516
25
Right now watching 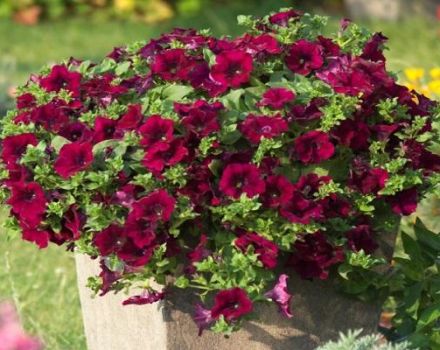 Description and features of the Narcissus Delnasho variety, planting rules and plant care
Description of the Malysh cucumber variety, its yield and care
﻿