Effective measures to combat currant glass than to process

If in the spring you began to notice that on healthy bushes currants suddenly wither and dry out branches, and on the cuts of dead shoots you can see a black core, then you are dealing with a glass. The pest should be treated with full responsibility, since it is capable of destroying the harvest of berry crops. You will learn how to get rid of currant glass cases below.

The appearance and life stages of the pest

Outwardly, the glass case looks like a small wasp with narrow wings that stand out with orange stripes along the edges. The body of the pest is oblong, reaching one centimeter in length. The female has three light stripes, the male has four. Insects feed on sap or pollen from crops.

In late May or early June, the glass lays about 50 eggs, the length of which reaches 70 millimeters; they are easy to recognize by their oblong shape. To make a clutch, the insect climbs into the bark of the shoot, always in the immediate vicinity of the young bud.

The greatest harm is caused by the larvae of the pest, namely, caterpillars of white or beige color, which reach 2.5 centimeters in length, since 10 days after leaving the eggs, they destroy the shoots from the inside. Parasites, penetrating into the thickness of the stem, feed on it and develop. Thus, sooner or later, they reach the core of the plant.

With the beginning of spring, the caterpillar gets out into the world, pupates and gives life to a new generation. A new butterfly appears already in June, when the average air temperature exceeds +15 degrees.

The insect remains active for 40-42 days, and the life cycle is two years. 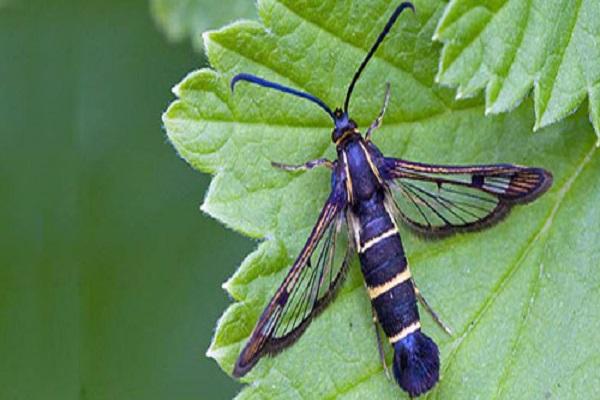 Signs of infection of a fruit bush

The branches that have touched the glass in the first year are almost impossible to distinguish from a healthy plant, but it can be noted that the leaves and berries begin to shrink. It is for this reason that the pest is difficult to detect in the early stages of its appearance.

Damaged branches begin to actively wither and dry out at the end of flowering or at the moment when berries begin to form (during active feeding of older caterpillars). It is easy to notice these damage only during the period when the leaves begin to bloom the next spring (especially in contrast to healthy plants).

If you start harvesting dry branches, dark holes with black walls are marked on the cuts.By cutting a branch lengthwise, you can see a passage that is filled with caterpillar excrement, or even the caterpillar itself. 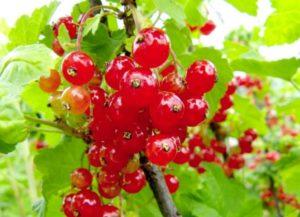 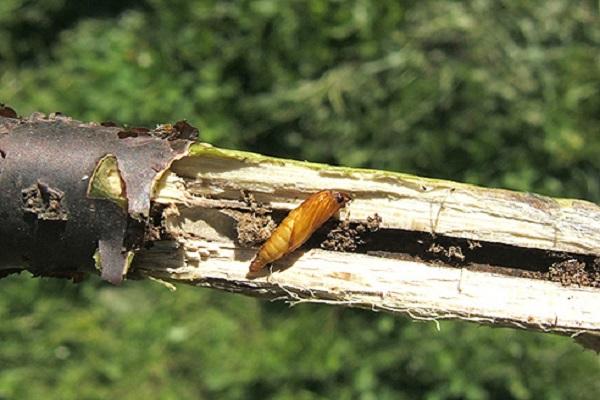 What is the danger of a glass case on currants

Glass beads, a parasite in the Middle Lane, can damage up to 50% of the branches of black currant plants and up to 30% (sometimes up to 47%) of white and red. The degree of damage depends on the climatic conditions in the region.

How to get rid of a butterfly?

The difficulty of fighting the pest is due to the fact that the glass parasite on the culture in such a way that its life cycle proceeds out of sight, that is, inside the branches of the currant. Therefore, as a rule, the fight against currant glassware includes a set of various activities, in particular:

Further, we propose to dwell in more detail on each type of event. 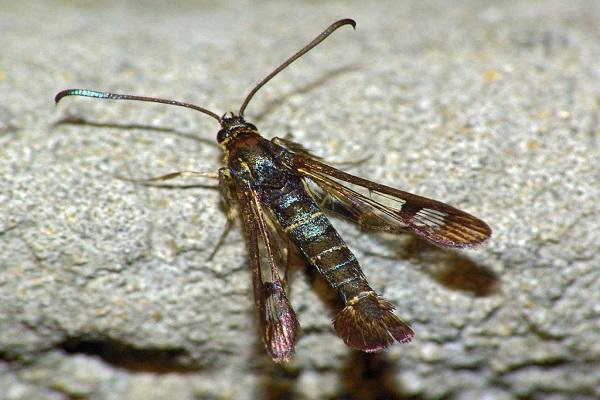 To protect currants from such a pest as glass, biological preparations, which are aqueous suspensions of nematodes, are recommended for use. These include such tools as Nemabakt and Antonem-F, which are used in order to process currant cuttings just before planting in the ground. To do this, the cuttings must be placed in wet sand with the preparation for three days, and the ambient temperature should be at +25 degrees, and the moisture content of the sand should be 20%.

Antonem-F is also used to irrigate currant bushes at the moment when the buds begin to bloom. The average consumption of liquid is 200 milliliters per plant bush. 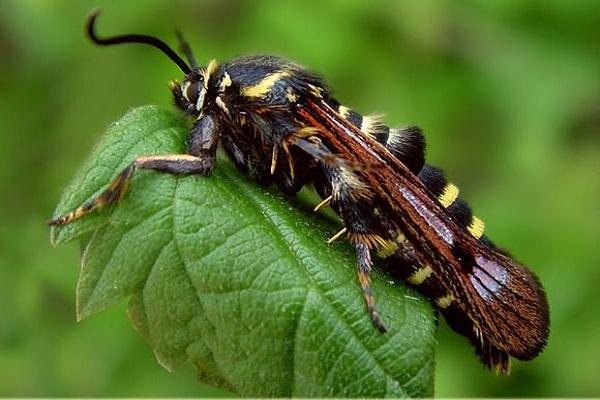 The use of exclusively biological preparations against pests, unfortunately, is not a sufficient measure, therefore the use of pesticides remains practically inevitable. Among such funds, such drugs as Kinmiks, Kapbofoc, Iskra, Kemifos, Fufanon and Trichlormetaphos have proven themselves from the best side.

To get rid of the glass, they also resort to folk methods. For example, crops such as onions, calendula, garlic, marigolds and others are planted between the rows of currants as a deterrent from the pest. It is also appropriate to plant an elderberry or nasturtium. Nevertheless, there are also such crops that, on the contrary, are able to attract glassware, for example, bird cherry.

At a time when the butterflies begin to move actively, a container with sand is placed between the bushes of plants, which is soaked in kerosene. Also, a good method is processing currants with any infusion that has a sharp aroma. It can be needles, wormwood, onion husks, tansy and others. 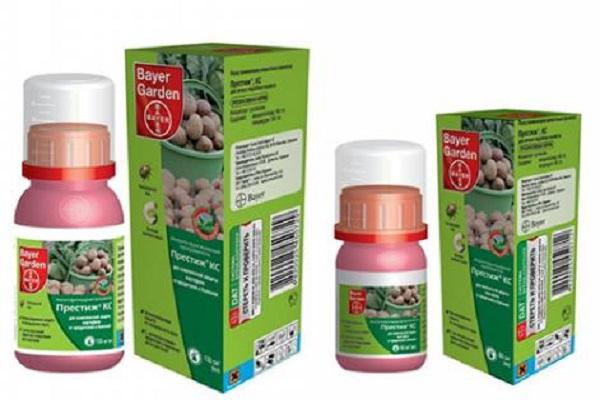 These odors have the ability to disorient pests to some extent. 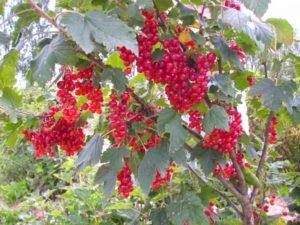 Description and characteristics of the red currant variety Nenaglyadnaya

It is necessary to spray the bushes with the appearance of the first leaves. This is considered a suitable time, since during this period caterpillars begin to appear, which stay on the surface of the stems. It is during this period that it becomes possible to destroy the glass case as efficiently as possible.

Currant bushes are subject to thorough spraying with one or another preparation. So, for each plant 1-1.5 liters of solution is spent. 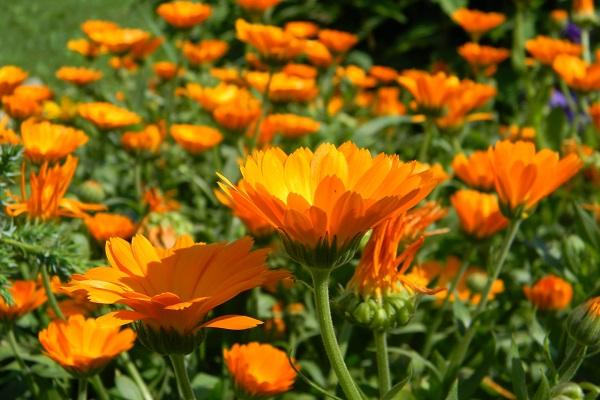 In the spring, before the buds begin to bloom, black, dry and frozen branches must be pruned, which is carried out at the root so that there is no hemp. Also, those shoots that are under the bush on the ground are removed. It is important not to harm the healthy parts of the bush.

Closer to winter, they carry out sanitary pruning of currants.The bush is thinned out, thus, depriving of underdeveloped or dried out shoots. All slices must be treated with garden varnish or special paste. 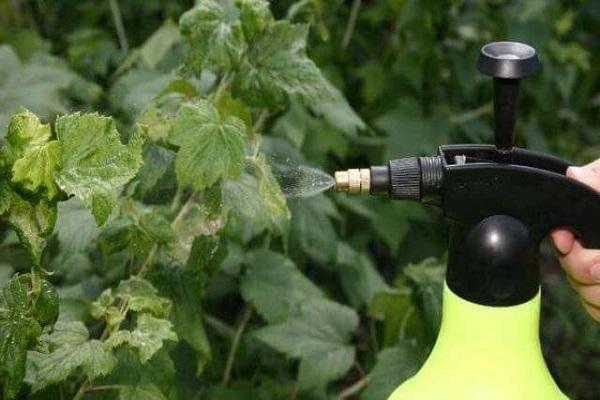 As for the preventive treatment with insecticides, it is carried out after the onset of heat. Most experienced gardeners prefer Entonem-F. Processing occurs before the appearance of the leaves and until the ovary begins to form. If necessary, the procedure is repeated two weeks later. As soon as the snow melts, the earth is loosened, sprinkled with dry mustard, ash or wormwood.

The chemical treatment is repeated before the winter period. Also, for immunity, spring and autumn feeding is carried out using mineral or organic substances. 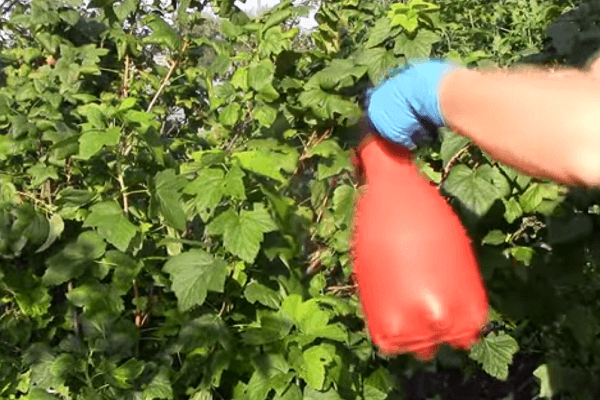 Until now, unfortunately, breeders have not developed varieties that would have absolute resistance to such a pest as glass. However, there are species with a certain level of endurance.

Blackcurrant varieties that are able to withstand the pest: 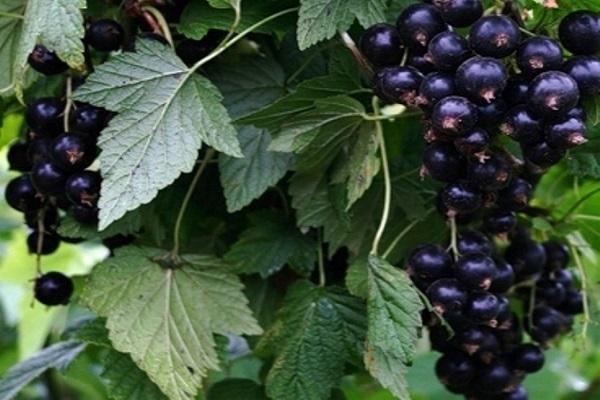 Red currant varieties that tend to resist the pest: 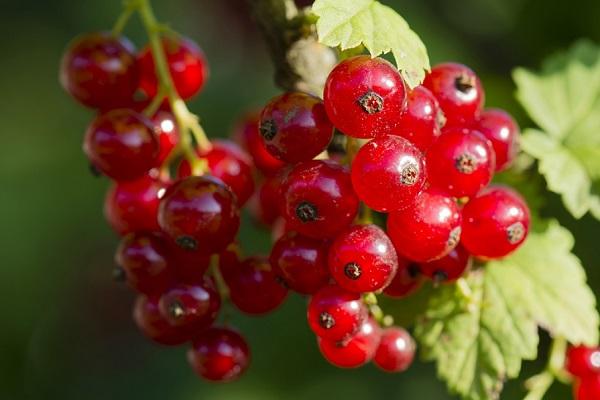 When purchasing currant seedlings, you must carefully inspect them for obvious diseases or damage. In particular, special attention is paid to the core of the shoots.

The next preventive measure is planting next to the elderberry currant, which will scare off the glass from the plant. By the way, elderberry is able to scare away a lot of other pests.

As part of prevention, it will not hurt to plant vegetables (garlic or onions), as well as certain flowers (calendula, marigolds). All of these plants are planted directly between currant bushes. The smell of crops will not allow the pest to find fruit and berry bushes, respectively, he will not be able to breed offspring in them that pose a threat to the future harvest.

Description and characteristics of Vologda currants, cultivation and care
To read

Medicinal properties of black currant leaves and contraindications, benefits and harms
To read
Reviews
Leave your review
Click here to cancel reply.
4
485
7
2,33 out of 5
Lunar sowing calendar
For gardeners and gardeners for 2020
Look
Popular records 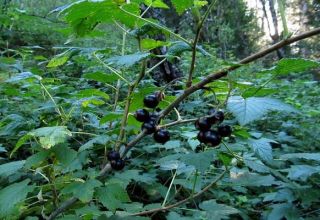 How many years does black currant live in one place, the timing of fruiting
Black currant is a perennial shrub. Its fruits are valued due to the increased ...
0
299
10 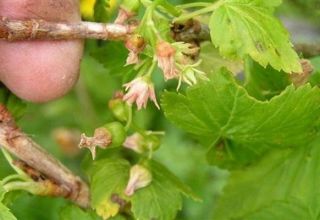 For what reasons currant does not bloom and bear fruit and what to do about it
Currant is an unpretentious culture, loved by many for its pleasant taste ...
0
180
10 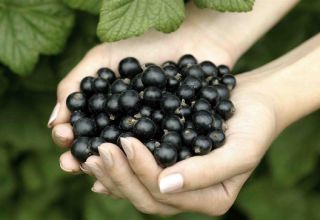 Useful properties and contraindications of black currant for the human body
Today, black currants can be seen on a large part of household plots ....
0
257
10 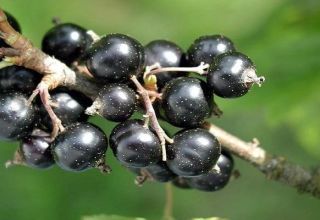 Descriptions of the best black currant varieties and regions of their cultivation
A common favorite - black currant - grows well throughout ...
0
613
10
Right now watching 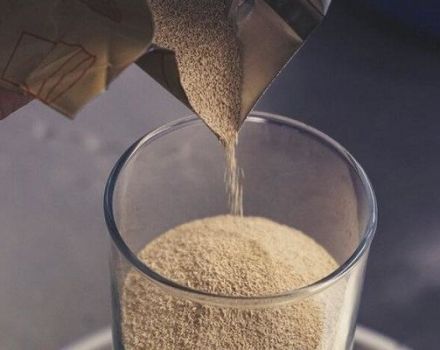 Instructions for using wine yeast, how to choose and do it yourself at home
Home winemaking has been a popular hobby in recent decades. To simplify and improve the process ...
The technology of making wine from frozen grapes at home