Many vegetable growers and gardeners use the gardener's lunar calendar for April 2020. It helps people determine the optimal time to plant many vegetables and fruits, as well as choose a day to water and feed already planted plants.

Influence of the moon phase on planting

Some people argue that the lunar phases do not affect the planting in any way, but this is not the case. In April this year, they affect not only the aerial part of the seedlings, but also their root system. Planting seed on a particular lunar day can improve the fruiting of seedlings, as well as accelerate their development at times.

In the twenties of April, planting, loosening the soil and weeding must be abandoned, as this negatively affects the health of the seedlings. During this period, plants are susceptible to infection with diseases that lead to the development of rotting of rhizomes. Therefore, in order to collect a lot of ripe fruits, you must familiarize yourself in advance with the lunar sowing calendar, which indicates all favorable and unfavorable dates.

It is no secret that the phases of the moon can negatively or positively affect the development and growth of most plants. To properly take advantage of their influence, you need to familiarize yourself with the lunar phases for April of this year. There are four phases: 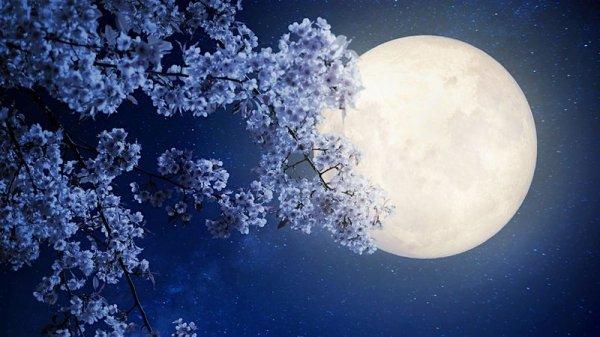 Zodiac finding of the moon in April 2020

To determine favorable and unfavorable days for planting vegetables, you will have to deal with the zodiacal position of the moon. 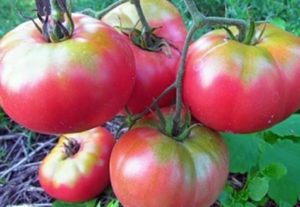 There are several zodiac signs that contribute to the development and productivity of planted plants. The fertile zodiac signs in which the moon may be located include the following: 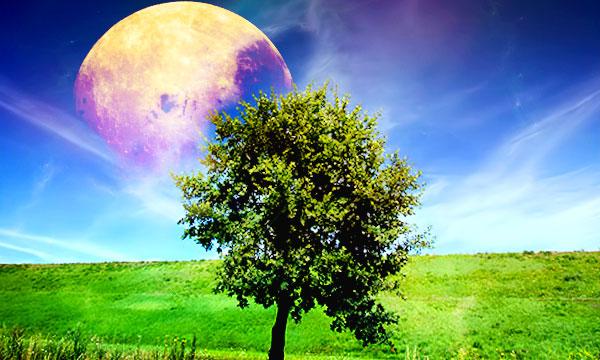 What to plant in April according to the lunar calendar?

Many are interested in what to plant in April according to the lunar sowing calendar. There are several crops that experienced gardeners advise to plant in mid-spring. These include: 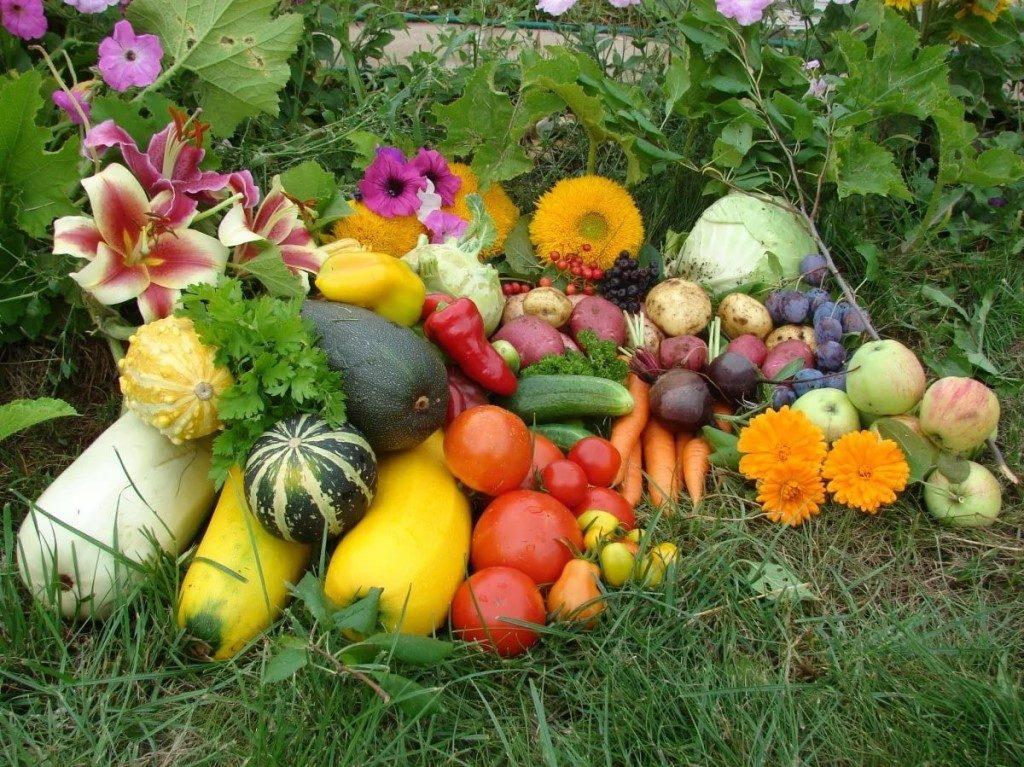 Most often, work in the garden and garden begins in April, since it is in this month that winter frosts end and you can start planting plants.

First, the vegetable garden and garden are cleared of plant residues or weeds that could remain on the site from the last season.

They must be burned, as they may contain causative agents of fungal diseases. After that, the soil must be fertilized and saturated with nutrients. For feeding, organic matter and mineral fertilizers are used, which contain nitrogen, phosphorus, calcium, magnesium and potassium.

For trees and shrubs

Some people are engaged in planting shrubs and trees in April. It is recommended that you familiarize yourself with how to properly plant such plants. 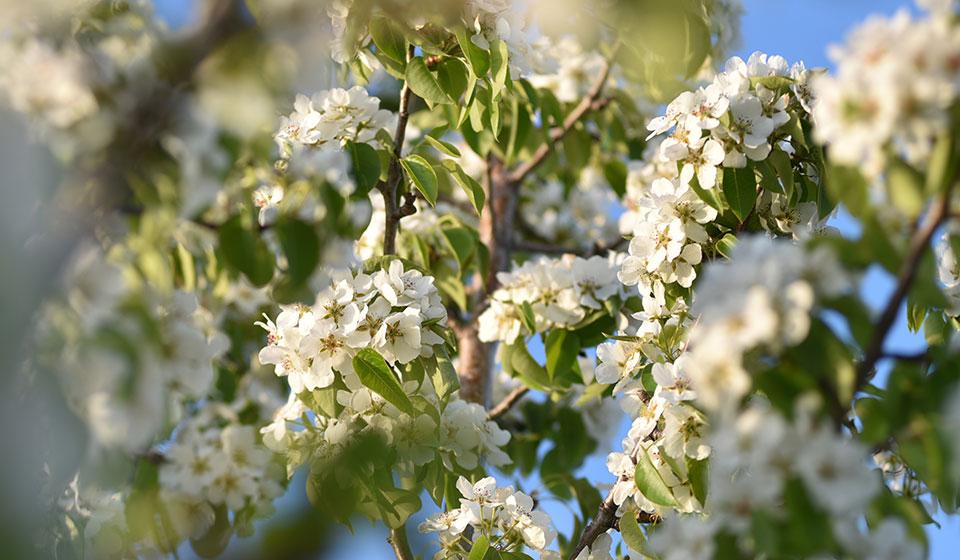 Bushes and trees are planted on favorable planting dates in April. At the same time, they use strong seedlings, which have a formed root system. First, a small ditch is made on the site, into which the seedlings are placed in an upright position. Then they are sprinkled with soil and tamped. To make the plants start faster, they are immediately watered with heated water. 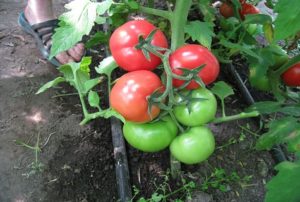 They are engaged in pruning trees and shrubs in the second half of April, when the air warms up to 8-10 degrees Celsius. Experts advise pruning dead or broken twigs that will never bear fruit. You also need to get rid of branches that are affected by diseases. For pruning, use a regular pruner or garden saw. 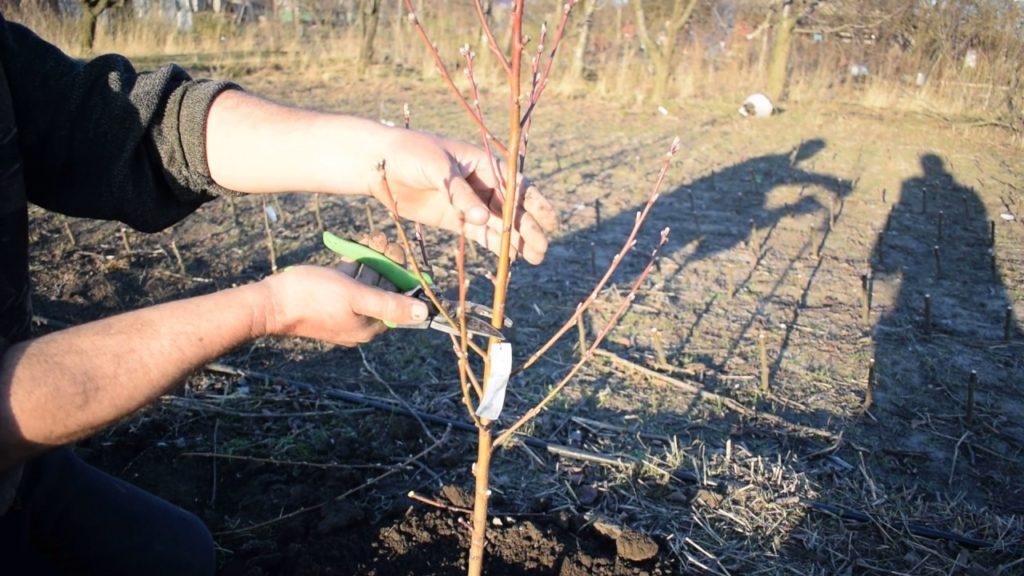 Vaccination must be carried out in the summer, in the first half of June. For this, the stock with the scion is moistened in a stimulator. After connecting to the stock, the graft is wrapped with cling film or electrical tape. It is removed from the plant after a month and a half.

It is no secret that many planted crops can get sick with dangerous ailments. It is recommended that you familiarize yourself with the features of pest and disease control at different stages of cultivation. 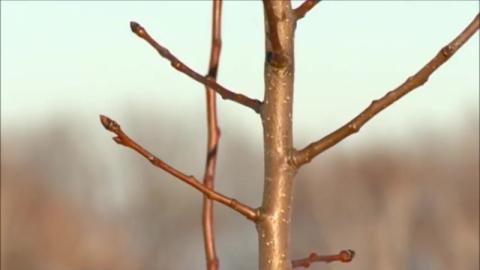 To prevent young seedlings from becoming infected with viral or fungal pathologies, it is necessary to periodically spray it with biological preparations.

Also, the seedlings should be well lit and regularly watered with heated water.

In the process of growing seedlings, you need to make sure that she always receives the right amount of dressing. 2-3 times a week, the pots are fed with organic and mineral compounds. If this is not done, the seedlings will weaken and will hurt more often. 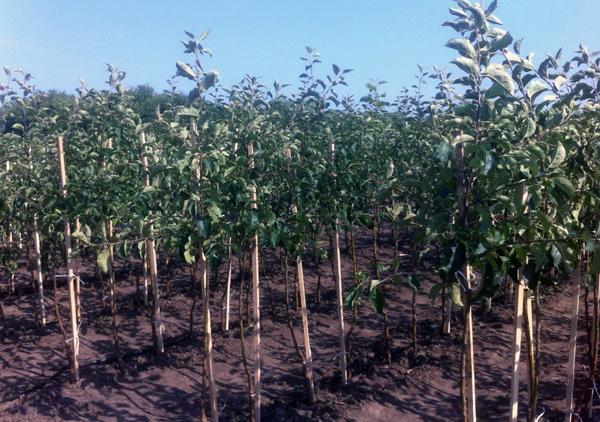 Planting vegetables in the ground

Before replanting seedlings to a permanent growing place, all beds are sprayed with fungicidal agents and watered with boiled water, which destroys pathogens of fungal diseases.

To prevent planted plants from dying due to insect attacks or diseases, it is necessary to periodically fertilize the site. The immunity of the seedlings can be improved by feeding them with magnesium, nitrogen, calcium and phosphorus. 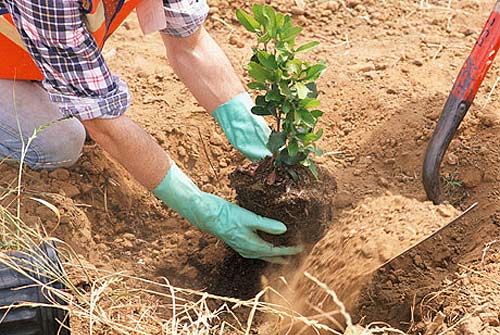 Most growers start gardening in April.

Sowing and planting flowers in April

In the early days of the month, you can start planting flowers. Before this, a flower garden is prepared and cleaned of dirt and weeds. Then the soil is dug up in the flowerbed and fertilizers are added, which normalize its acidity level.

Reproduction of flowers in April

In the second month of spring, you can breed the following flowers: 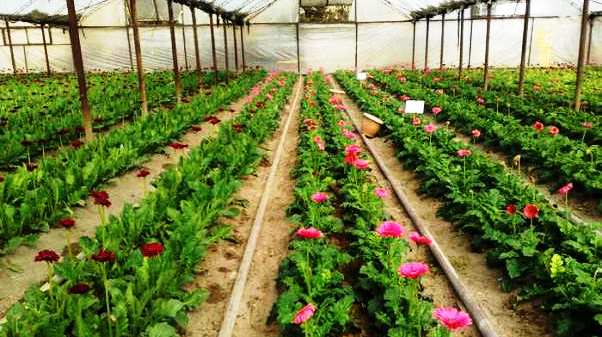 Signs of a gardener and gardener for April 2020

There are several signs that are popular among gardeners:

People who plan to plant plants in April should familiarize themselves with the lunar calendar for this month. With it, you can find out the best days to work in the garden and garden.

How to choose an auspicious day for planting tomatoes
To read

Planting and caring for garden buttercups in the open field, growing and storage
To read

Lunar calendar for the gardener and gardener for March 2020, the best and worst days for sowing
To read

Lunar calendar for February 2020 for the gardener, favorable days for planting
To read
There are no reviews, be the first to leave it
Leave your review
Click here to cancel reply.
0
669
18
3,60 out of 5
Lunar sowing calendar
For gardeners and gardeners for 2020
Look
Popular records

Recommendations for gardeners for 2021 according to the lunar sowing calendar
The lunar seeding agricultural calendar for 2021 helps to determine the optimal ...
1
6674
27 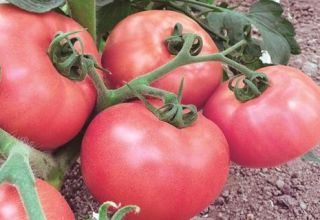 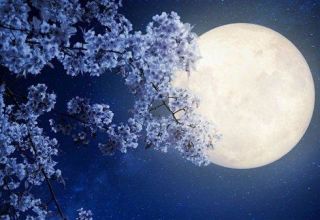 Favorable and unfavorable days in April for planting according to the lunar calendar of 2020
Many vegetable growers and gardeners use the gardener's lunar calendar for April ...
0
669
18 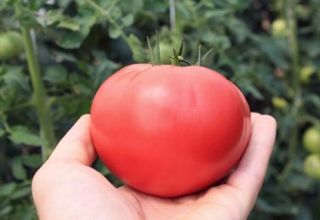 Description of the most productive varieties of zucchini for open ground
Zucchini are among the first to ripen on the site. Zucchini variety Aral F1 ...
How to get rid of spider mites on cucumbers, the main control measures

Description and varieties of crocosmia, planting and care in the open field
Description of the tomato variety Madonna f1, features of cultivation and care
﻿